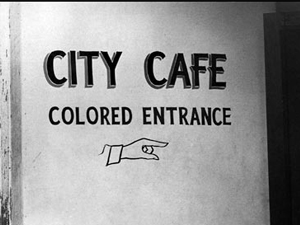 There is a widespread misconception that “racism lives in the heart of particularly evil individuals, as opposed to the heart of a democratic society;” this mentality is “reinforcing to anyone who might, from time to time, find their tongue sprinting ahead of their discretion”. There are instances every day where people are profiled, and treated in a particular way because of their race.

Recently, Oscar-winning actor Forrest Whitaker was questioned at a New York deli under suspicion of stealing. In actuality, Whitaker had not stolen anything but had in fact been robbed. Upon follow-up, the deli owner was mortified and apologized profusely for the confusion.

This incident is merely one more in a systematic problem in America. In the video below, the Huffington Post hosted an online discussion with some notable African Americans about their experiences as Black Americans.

The video discusses the thought that goes into being Black in America on a daily basis. For the privileged classes the thought of being searched after a purchase or in a mall is unthinkable, but for most African Americans, it is a reality that they consider every day.

As noted in the video, even famous African Americans, especially men, save their receipts after a purchase and remind their sons to do the same, just in case they are asked for evidence. Sadly, it seems that this evidence is needed more often than we would like to believe.

It should be noted that the managers or service representatives requesting proof of purchase rarely do so out of cognitive malice; rather, these actions sprout from an all-too-common, embedded, usually latent racism.

Many Black individuals have given testimony of their experience in which they are the first suspected when there is a crime in a common area. They report being frequently treated rudely by White police officials, regardless of guilt. Then, when they are subsequently released, they are denied an apology for the racist assumptions.

There is a presumption that instances like this are few and far between, that we have moved past a culture of racial profiling. An even more prevalent assumption exists that this type of profiling only exists amongst truly hateful, evil individuals- individuals that you would not find on a daily basis.

However, a quick search will reveal that being a person of color, in this particular situation, an African American person, in America is still dangerous. Recently, Oberlin College, a liberal arts school, had bouts of hate speech and aggressive postings all over campus. One student even reported seeing a person dressed in KKK paraphernalia. Even progressive colleges like Oberlin, a college that was historically involved in the Civil Rights Movement, do not escape the underlying racism embedded in the fabric of American society.

One of the hit and runs happened nearly four years ago and the local police force has no reasonable explanation for why they have not investigated any leads in that time period. Even the mother of the victim was not interviewed until a few weeks ago, when CNN began investigating the crime.

The second hit and run involving an African American victim is more likely racially motivated, but this has yet to be proven. However, when CNN tried to investigate the possible connection and seek justice for the victim, Sheriff Darby told CNN on the phone they had looked into the incident with the boys on the road and found nothing. “There’s nothing to this report,” he said, “it’s all hearsay,” and “he-said she-said.” Sheriff Darby told CNN he would not give a copy of the report to the network. Then the sheriff warned CNN not to “stir up trouble in my county.” He warned if the network pursued the story, “I’ll be coming after you.” Needless to say, it is a gross miscarriage of justice that a Sheriff, whom is given the responsibility of ensuring the safety of all citizens, would impede the investigation of a citizen. When questioned, the driver of the car claimed that he hit a deer. As of now, the driver is currently in jail charged with murder, but he has not been charged with a hate crime.

The prevalence of racism amongst all areas of society is an issue that is deeply under-addressed. The present discussions of race in America focus on discussions of comfort: pointing out racism outside of ourselves, racism in “particularly evil individuals” rather than our own communities and in ourselves. It is only by first addressing these areas of latent racism and racist assumptions that we can create a progressive and affirming dialogue.