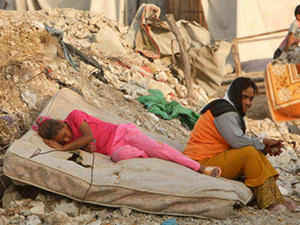 The United Nations Office for the Coordination of Humanitarian Affairs in the Occupied Palestinian Territory (UN OCHA oPt) just published a 35-page initial rapid assessment of Israel’s latest invasion of Gaza which officially spanned eight days starting on November 14, 2012. The investigation more formally known as the Multi-Agency Initial Rapid Assessment of Gaza was conducted just days after a ceasefire brought relative calm to the territory.

The publishing of the report caps Phase 2 of a four-phase emergency assessment and action plan that UN agencies and Gaza-based NGOs have implemented. The report can be found in full here (PDF).

Here is a summary of the investigation’s findings (emphasis is my own):

The information collected during this rapid assessment are based primarily off of interviews, surveys, and secondary sources (i.e. data from local NGOs). UN OCHA oPt promises a more extensive assessment in the future.

Although this report doesn’t explicitly treat specific incidents of human rights violations in the way the Goldstone Report was initially set to do four years ago, this rapid assessment does raise questions about Israel’s activity.

Why were so many schools damaged? By targeting three times as many sites as it did in Gaza four years ago, is Israel attempting to argue that it does not target civilians? Then how were over one hundred Gazan civilians killed? And what was Israel’s point in bombing water treatment facilities and sewage processing plants? How many families were displaced for a second time in the last four years? Ultimately, what does this say about Israel’s ongoing blockade and occupation, and how can this all be put to an end?

Hopefully these questions will be addressed in the UN’s next and more extensive assessment.

Palestine: A “state” with no real standing