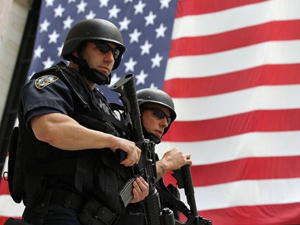 U.S. counterterrorism policy is a sore that the Obama administration has allowed to continue to fester. While claiming to be a beacon of freedom and justice, the US continues to hypocritically disregard our constitutional underpinnings and international human rights law.

Legislation has codified the indefinite detention of suspects including those that are U.S. citizens. Furthermore, many innocent people have been severely tortured and detained indefinitely despite the fact that the U.S. government does not have enough evidence to charge and legitimately try them. They are sent to rot indefinitely in Guantanamo Bay. Shaker Aamer is one such detainee.

Shaker Aamer loved to help people. He moved from the UK to Afghanistan to teach Arabic-speaking ex-patriots in Kabul and dig wells with an Islamic charity. “It was his dedication to the welfare of others that led to his detention in Guantanamo.” The aid worker went into hiding after the American invasion of Afghanistan, fearing that he would be captured for bounty as an Arab man.

He could not have imagined the torture that the U.S. government had in store for him at Bagram and Guantanamo. He was exposed to such harsh temperatures that his feet became frostbitten. The government used light and sounds to sleep deprive detainees to psychologically break their will in preparation for interrogation. He was beaten with a special technique called “walling” where his head was bashed so hard into the wall that it would bounce. They also used hog-tying and “strappado” which is mean to dislocate the detainee’s shoulder in an excruciating way. Defense Secretary Donald Rumsfeld institutionally sanctioned these and other torture techniques, under the watch of Maj. General Geoffrey Miller. The extreme interrogation techniques were so odious to international human rights standards, that detainees were intentionally hidden from the International Committee of the Red Cross.

He was moved to Guantanamo Bay. There, he was “subjected to beatings, sexual humiliation, sleep deprivation, temperature extremes…kept for several years in solitary confinement.” He says that he was beaten for hours and asphyxiated during an interrogation on the same night in which three other detainees were killed. During this incident, his airway was cut off and a mask put on his face to pervert him from crying out. This same technique appears to have been used on the prisoners that died that night. Guantanamo officials claim those deaths were suicides though testimonials from other detainees say otherwise.

He has been held without charge in Guantanamo for 11 years. Aamer says, “one of the most difficult aspects of my detention has been the uncertainty of it all….” Aamer was cleared for release in 2007 under the Bush administration and assured he would be released “soon”. On his first day in office, President Obama issued an Executive Order to close Guantanamo; there is little evidence that this will occur anytime soon. The Guantanamo Review Taskforce, which included key officials of intelligence agencies and governmental departments, cleared him yet again in 2012. This illustrates that he is not a threat to the United States. Despite these glimmers of hope, Aamer’s prospects of freedom remain bleak.

As a result, he and other prisoners have turned to hunger striking as a means of peaceful protest of their treatment as the hands of the US government. Though the main demand was that detainees be charged or released to their countries, the detainees asked that more articles of the Geneva Convention be observed. Even these methods are harshly suppressed through force feedings. According to Aamer, US authorities commanded that the tubes be inserted and pulled out twice a day, and that large amounts of liquid formula be pumped into their stomachs, causing nausea, vomiting and bloating. A tube the size of a finger was being inserted through their noses twice a day to make it more painful for them to protest against their maltreatment.

Aamer was part of a Prisoners’ Council which negotiated to secure better rights for the prisoners. He is widely known as a “natural leader”. His advocacy efforts led to higher caloric allocations for detainees, more respectful guard-detainee interactions, and dimmer lighting for when detainees slept. He has been subjected to prolonged isolation and frequent maltreatment simply for daring to peacefully resist his unjust indefinite detention.

According to Reprieve’s Caroline Lucas, “the defamation od Shaker Aamer is evidence of the immense power of the security forces to say whatever they want about an accused man, to devastating effect. The organization’s Director Clive Stafford sums it um well: “Surely after he has spent 11 years in that terrible prison without charges or trial, cleared for release for six years, he should be allowed home to London to meet his youngest child Faris for the first time.”  The UK agrees to repatriate him and has called for Shaker Aamer’s release numerous times.  However, he and 89 other detainees who were cleared for release continue to rot in Guantanamo.

The government’s hesitation to release may reflect a concern that if release, Aamer could provide evidence against them in criminal investigations, especially regarding the three detainees that died on June 9, 2006. They wanted him to be released to Saudi Arabia where he would not be able to speak openly about his experiences at the hands of the United States. Both the American and British governments don’t want to deal with what he knows and his desire to widely talk about the odious injustices he suffered at our hands.

Indefinite detention violates the United Declaration of Human Rights (UDHR), which the US helped author. Former President Jimmy Carter decries these policies as antithetical to our 1948 commitment that “power would no longer serve as a cover to oppress or injure people.” Yet, our government is violation at least 10 of the 30 articles of the UDHR, including prohibitions on arbitrary detention, torture, and cruel, or inhuman punishment.” Our counterterrorism policy is used as propaganda material for terrorist organization. Other despotic governments cite our actions to justify their despotic behavior. We lose moral high ground when criticizing despots like Assad because we engage in the same illegal torture he does. Carter argues that our violations of international human rights “abets our enemies and alienates our friends.”

The ACLU agues that “imprisoning people indefinitely without charge or trial is illegal, un-American and is an impediment to achieving justice.” A autopsy report by Army medical examiners conclude that dozens of detainees in US custody were deemed homicides due to torture and maltreatment. Our own policies have become a rallying cry for terrorist recruitment and is thus undermines national security.

As his first executive order as President, Obama aimed to “promptly to close the detention facility at Guantanamo consistent with the national security and foreign policy interests of the United States and interests of justice.” He said aimed to restore the standards of due process and our core constitutional values that “have made this country great, even in the midst of war; even when dealing with terrorism.” Failing to close this abhorrent detention center is one of the great shortcomings of this administration. At this point, Shaker’s detention is unexplained and unjustifiable. An innocent father of four who acts as an activist for his fellow detainees continues to be held without charge, and left to slowly die of his various physical ailments with little to no medical treatment. Shaker says “here, they destroy people mentally and physically without leaving marks.”

To fulfill the promise he made as his first act in office, President Obama see to it that Guantanamo detainees are either charged or returned to their countries. It is not too late to restore due process, return to our core constitutional values, even when dealing with terrorism. In the case of Shaker Aamer, we must recognize that we have done this man a great injustice. His detention is a blemish on our collective conscience. This can only be rectified by his unconditional release.